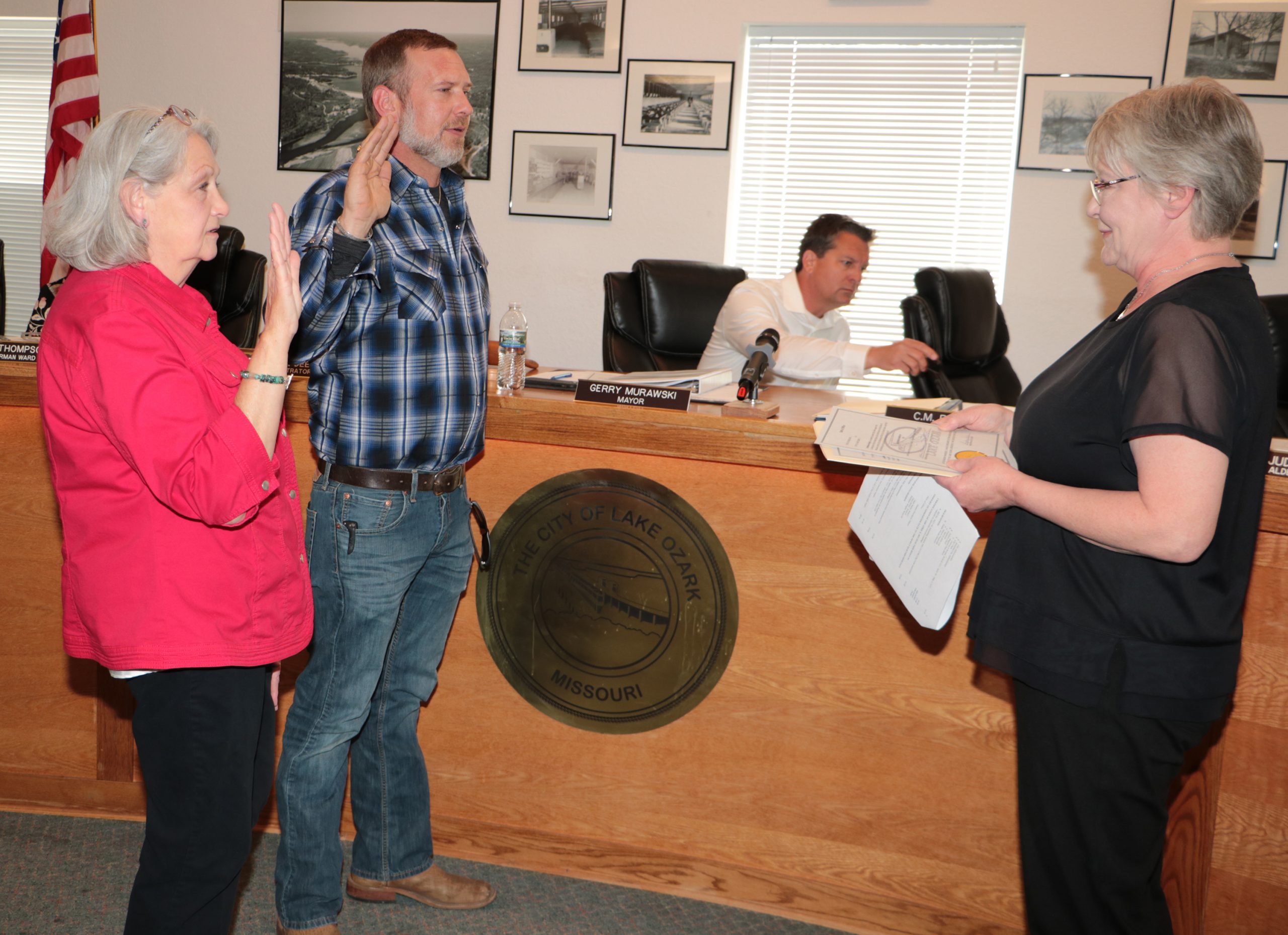 About two dozen spectators witnessed the changing of the guard as Dennis Newberry took the oath office as mayor of Lake Ozark during Tuesday night’s regular board of aldermen meeting.

Also sworn in were Ward 1 Alderman Judy Neels who was re-elected to her ward, and newly elected Ward 3 Alderman Matt Wright. Dale Hicks, also newly elected, was present via Zoom and will be sworn in at a later meeting.

Administering the oath of office was City Clerk Kathy Vance.