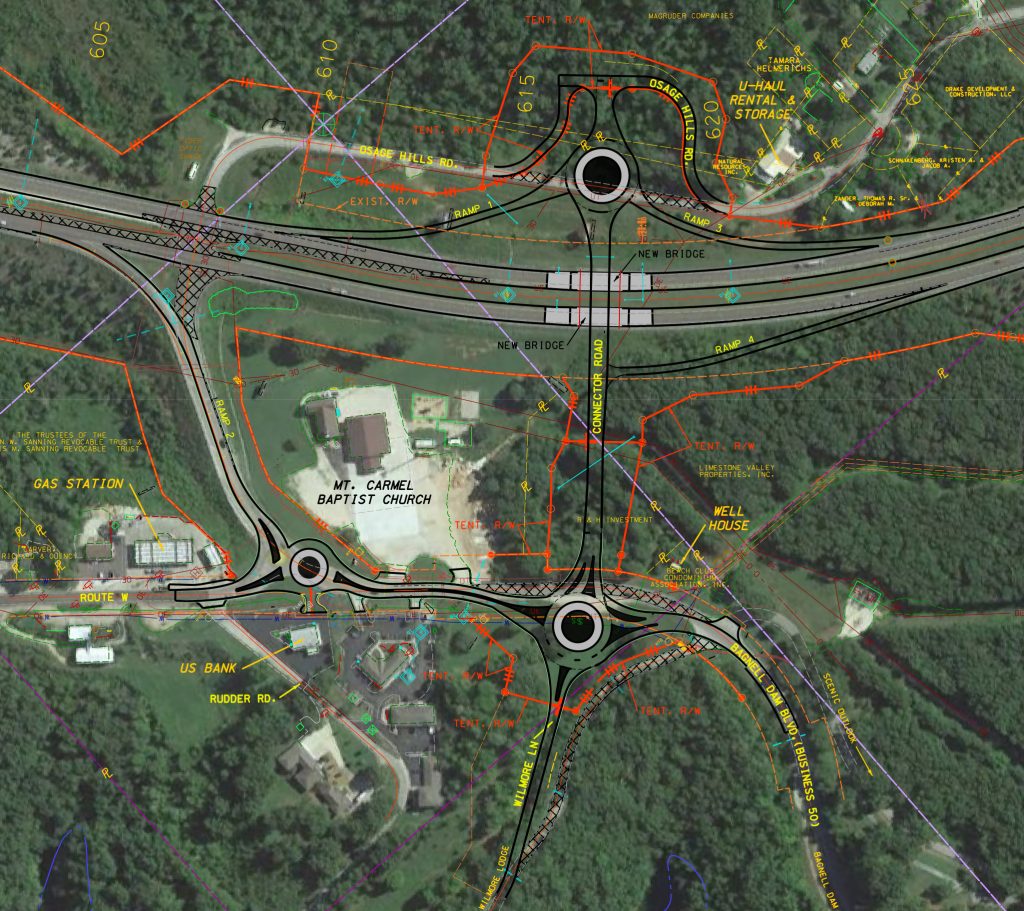 A major milestone on a two-year project will occur next week. The opening of the Lake of the Ozarks new interchange will take place in time for the annual increase in traffic headed to the area.As part of the Missouri Department of Transportation’s ongoing effort to bring improvements and increase the safety for the traveling public, contractors are scheduled to remove traffic signals at the intersection of U.S. Route 54, Business Route 54, Miller County Route W, and Osage Hills Road. The removal of those signals will coincide with the opening of the new multi-million-dollar interchange that will tie in those roads with Route 54 in a more efficient manner.“This is a tremendous next step in the process of constructing the new interchange”, said Central Area Engineer Robert Lynch. “When the signals at the intersection are removed and the new interchange is opened, traffic will be able to flow more freely and safely through that area. We’re excited to reach this landmark moment in the project.”Lynch advises that once the signals are removed, traffic from Route W, Osage Hills Road and Business Route 54 will no longer be able to access Route 54 at the existing signal location and will be required to use the new interchange.The deactivation and removal of the signals is scheduled to begin on Wednesday, April 21. The removal of the signal and existing pavement will require eastbound and westbound lane closures on Route 54 through Friday, April 23. Motorists are advised to proceed through the area with caution.Construction on the new interchange began in February of 2020. The new interchange is designed to increase traffic safety and improve traffic flow in an area where numerous traffic accidents have occurred. In addition to the new interchange, the project involves building several new connecting roads and three roundabouts in the same area.