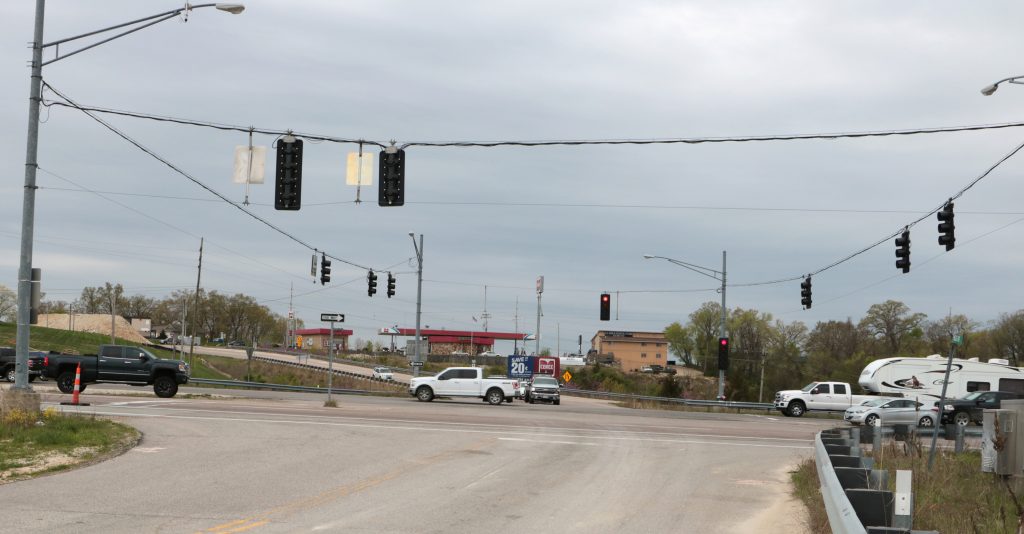 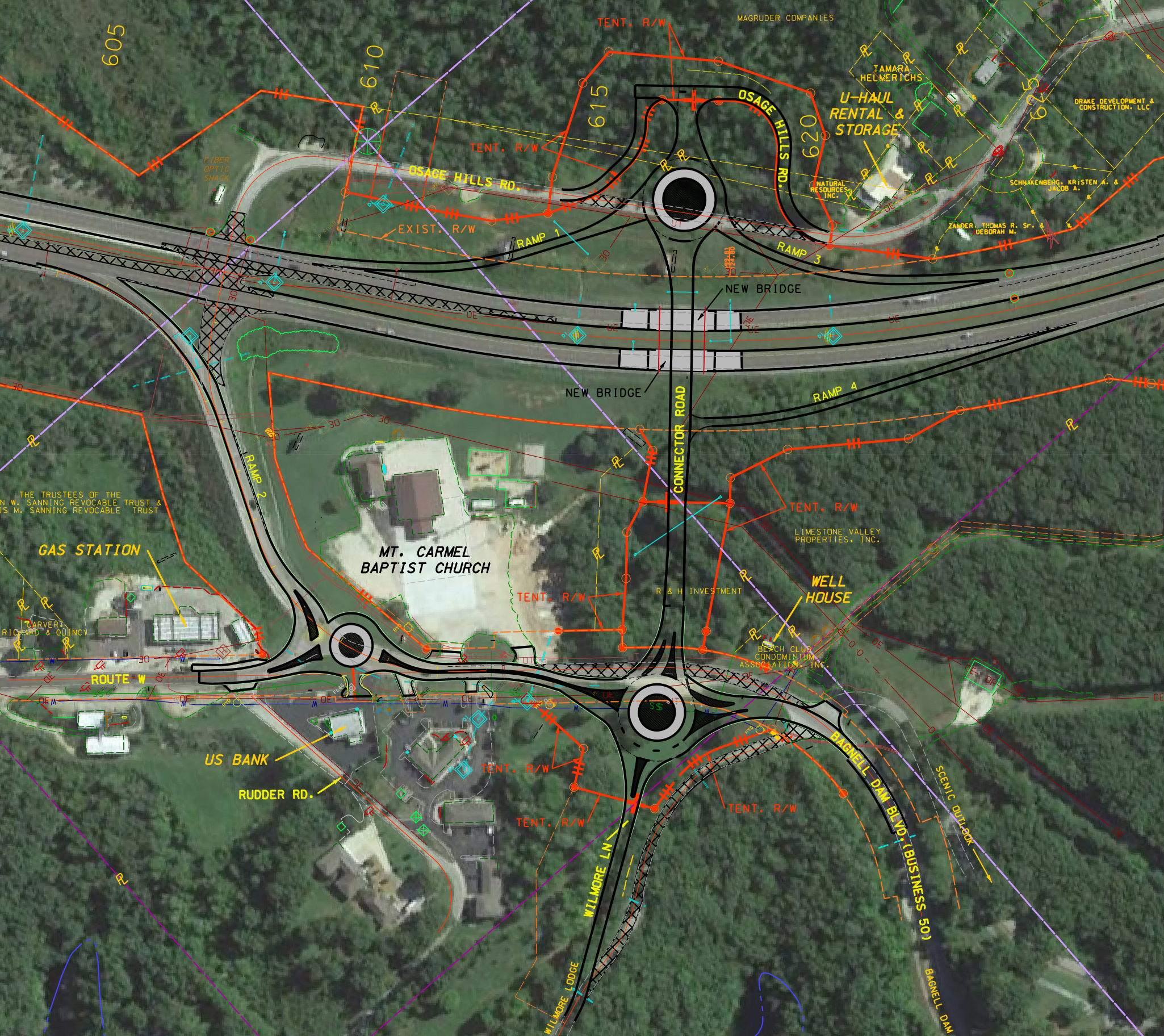 The signals and the intersection (top photo) at W Road and Highway 54 will be going away by the end of next week as MoDOT moves to open Highway 54 to non-stop traffic as part of a major interchange project. There will still be easy access to Bagnell Dam/Lake Ozark and Osage National Resort as part of the interchange. See map embedded in story for specifics.

The long-awaited opening of the Highway 54 interchange in Lake Ozark will take place just in time for the annual Magic Dragon Street Meet Nationals car show and the start of the busy season in the lake area.

Contractors are scheduled to remove traffic signals at the intersection of Highway 54, Business Route 54, Route W and Osage Hills Road. The removal of those signals will coincide with the opening of the new multi-million-dollar interchange that will tie in those roads with Highway 54 in a more efficient manner, according to MoDOT officials.

Revamping of the interchange is part of the Missouri Department of Transportation’s ongoing effort to bring improvements and increase the safety for the traveling public, officials say,

The deactivation and removal of the signals is scheduled to begin on Wednesday, April 21. The removal of the signal and existing pavement will require eastbound and westbound lane closures on Highway 54 through Friday, April 23. Motorists are advised to proceed through the area with caution and watch for signage.
“This is a tremendous next step in the process of constructing the new interchange”, said Central Area Engineer Robert Lynch. “When the signals at the intersection are removed and the new interchange is opened, traffic will be able to flow more freely and safely through that area. We’re excited to reach this landmark moment in the project.”

The changes
Lynch advises that once the signals are removed, traffic from Route W, Osage Hills Road and Business 54 will no longer be able to access Highway 54 at the existing signal location and will be required to use the new interchange. For westbound traffic, access to Route W or to The Strip across Bagnell Dam will continue to use the existing exit ramp. Eastbound Highway 54 traffic wanting access to The Strip and Lake Ozark will use an exit ramp that will take motorists through a new roundabout and under the existing Highway 54 to a second roundabout. Motorists will be able to turn right to Route W or left to cross Bagnell Dam.

The existing painted roundabout near Eagle Stop (former Rick’s C Store) will also be rebuilt in the near future. Motorists exiting westbound Highway 54 will come to a temporary T-intersection where they can turn right onto W Road or left to access Bagnell Dam and Lake Ozark.

More information about that project will be released at a later date.

Motorists are urged to watch for traffic signals and reduced speed limits during the construction.