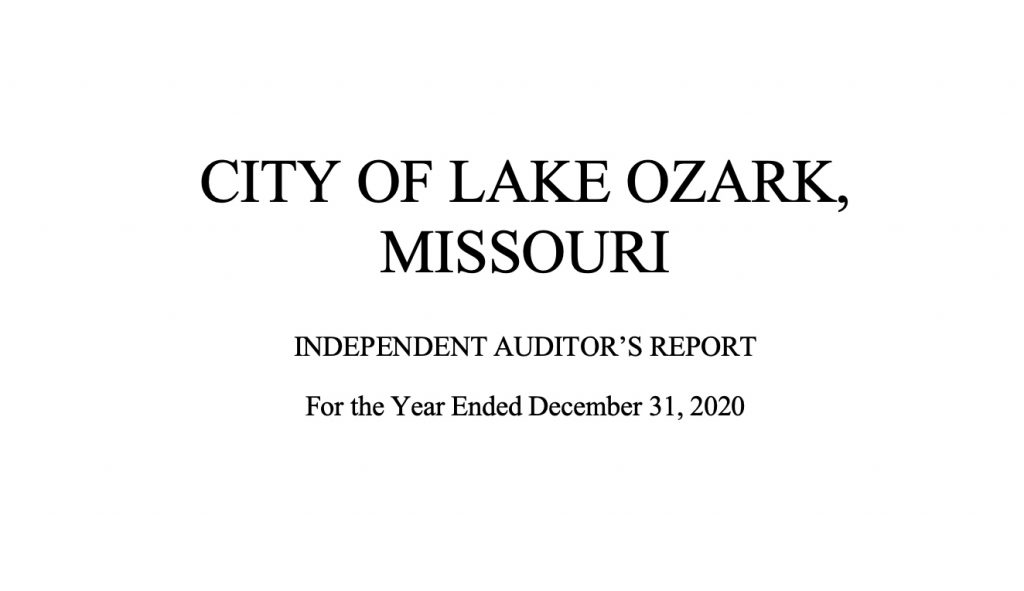 The City of Lake Ozark has received a clean bill of financial health for the fiscal year 2020.

Lindsay Graves, CPA, of Graves and Associates, presented the annual audit during the regular board meeting April 27.

She noted that the city had sound accounting and financial practices and meets most recommendations for communities of Lake Ozark’s size. One of the most important objectives which the city meets is having between four and six months of operating budget funds available in the various accounts.

She also commented that 2020 was “a good year” for the city financially despite the challenges communities and residents faced last year.

The board of aldermen also approved Mayor Dennis Newberry’s scheduled appointments to various committees as follows:

The board also approved the reappointment of several staff members as follows:

•City Clerk Kathy Vance also administered the oath of office to Ward 2 Alderman Dale Hicks who was not available when the other elected officials were sworn in April 13.

•The board discussed possible solutions to trash dumpsters being located on the sidewalks or in public view on The Strip. The challenging topography surrounding Bagnell Dam Blvd. (The Strip) does not allow dumpsters to be placed behind most businesses.