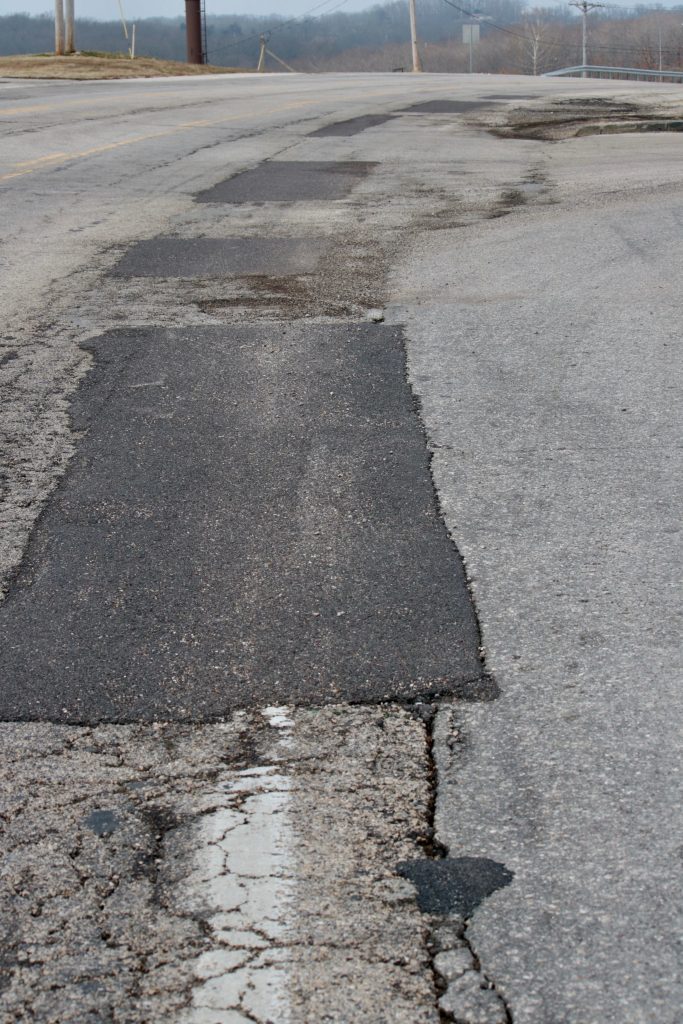 Progress is slow sometimes, and the path to improve the city’s 90 miles of streets is moving forward.

That was the scenario presented to Lake Ozark Board of Aldermen during a recent workshop.

One was a Use Tax on the purchase of items online. Previously, online sales tax collected from various vendors remained with the Department of Revenue. Now, those sales tax funds will be distributed to a special City of Lake Ozark Transportation Fund from which debt incurred will be paid.

The other issue was granting the city the authority – with board of aldermen approval – to borrow up to $6 million over the next several years to pay for the street improvement projects affecting the 90 miles of city streets.

Now, the third phase of the transportation plan – formation of a Transportation Development District — is moving forward. The TDD would collect a small sales tax and would oversee improvements to Bagnell Dam Blvd.

The board of aldermen earlier this year endorsed formation of a TDD which would be an independent authority to collect up to ¾ of a cent additional sales tax from businesses within the TDD boundaries. Those funds, along with Use Tax funds and other possible sources, would help pay off construction debt on Bagnell Dam Blvd. improvements.

Preliminary estimates are that as much as $275,000 could be collected annually, which would be earmarked for street improvements and maintenance.

City Attorney Christopher Rohrer updated the board of aldermen on the TDD progress during the workshop.

He said the petition for TDD formation is now before the Circuit Court, which is part of the state-mandated process. The Missouri Highways and Transportation Commission also must review and sign off on the petition.

Rohrer said he hopes the TDD issue will be ready for vote by mail in August or September. Only registered voters within the TDD boundaries would be eligible to vote.

City Administrator Dave Van Dee reminded the board that voters approved the Use Tax and authorized debt for the construction, but the city still has to find ways to pay for the debt. The Use Tax, which only recently went into effect, has generated about $18,000. If that trend continues, the Use Tax could generate between $130,000 and $150,000 a year – again, all earmarked for street improvements.

Van Dee reminded board members that there are four components to funding the estimated $6 million cost to fix the streets. Cost for upgrading Bagnell Dam Blvd. from Quality Inn to Bagnell Dam is estimated at $3 million alone.

“If you want the roads to be done, we can either do a halfway job or do it right,” Van Dee said. “If we’re going to do it right, it takes time and planning.”