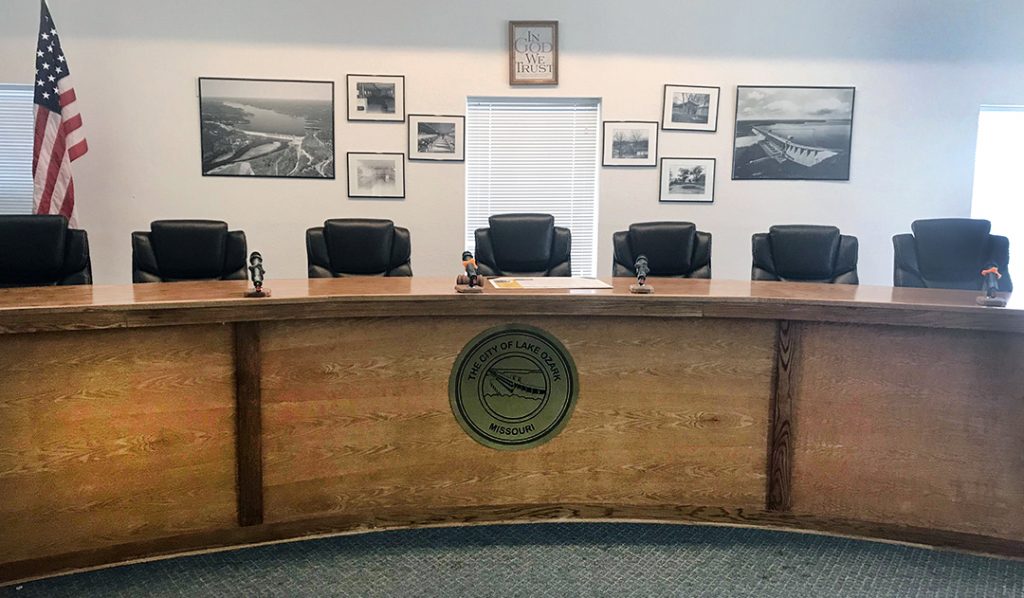 Consideration of an ordinance allowing for city board and commission member attendance of city meetings by electronic means evolved into a discussion about the importance of attending meetings in person.

Ultimately, the board voted during its regular meeting Tuesday, May 11, to table a decision to gauge input from the public and for more consideration. The authorization for electronic meetings applies to the board of aldermen and any commission authorized by city code.

The impact of COVID-19 last year led to adoption of an ordinance allowing for virtual meetings so board members and staff could attend via Zoom. That authorization expired March 31, and City Administrator Dave Van Dee told the board of aldermen during a September workshop that the board should revisit the issue in light of ongoing COVID-19 concerns, which it did Tuesday night.

He raised two points during the workshop which the board discussed at its most recent meeting:

•Under what circumstances should the use of the electronic format rather than in-person attendance be allowed.

Currently, one or more board members attends meetings electronically on a regular basis.

Newly elected Alderman Matt Wright noted that discussion at the workshop included the importance of attending meetings in person.

“We talked a little bit about using it as a crutch vs. a way of life that if you’re elected you should make an effort to be here,” he said. “Obviously, things do come up like vacations and hardships, but people want to see you in person sitting up here, though maybe not every single meeting. You seem less available if you aren’t here.”

City Attorney Christopher Rohrer said he crafted the proposed generic ordinance from how other communities which are dealing with the electronic meeting format. The board has the option of making any changes to the proposal for further review. The ordinance cannot, however, limit the number of appearances by elected officials.

“I don’t see any way around not having an ordinance because of COVID. It’s a new world we live in now,” Mayor Dennis Newberry offered. “But I don’t like it being used for other purposes and then we all become lazy and sit at home on your laptops.”

“I think part of our responsibility as an elected official is to be present,” he said.

“We all have schedules that take us away from what we have to do sometimes, but 20 meetings a year and you can’t be here? That doesn’t seem right.”

The board encouraged input from the public on the importance of attending meetings in person rather than via electronic means.

“I think your voters will ultimately determine that issue,” Rohrer said.

•The board discussed improving the sound system so board and commission members who Zoom in can be heard better and can hear what goes on at the actual meetings.

•If the public is invited to attend meetings via electronic means, how will the discussion be controlled (both audio and video) to maintain board meeting decorum? The board was told there are ways to mute participants once they have addressed the board during the Citizens Communication portion of each agenda.