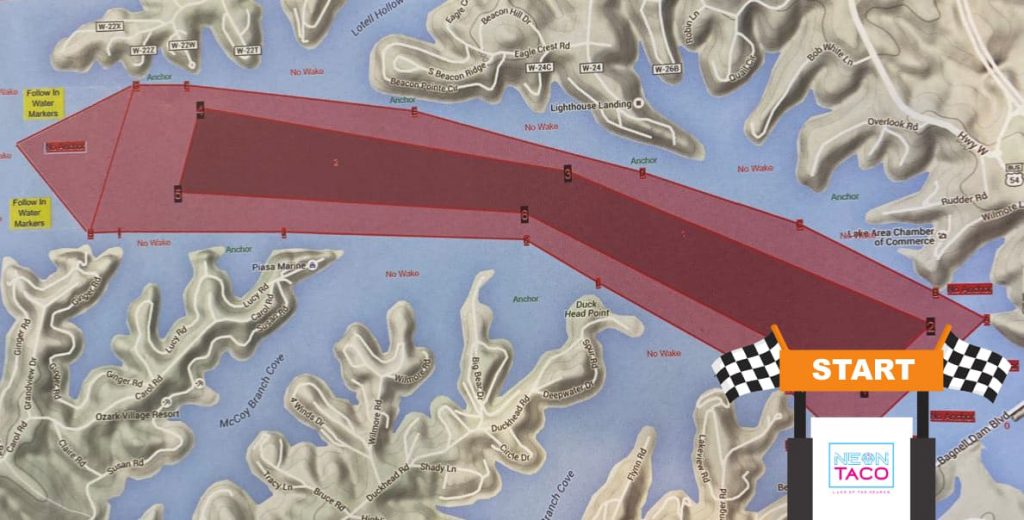 One of the premier national boat races is coming back to Lake Ozark.

The OPA-sanctioned Lake Race, one of 13 scheduled across the country, will be held June 3-5, with the actual race taking place Saturday, June 5. The race was suspended last year because of the fear of COVID-19, and the previous year it was held at the 7-mile mark near Camden on the Lake and Shady Gators.

The race will be headquartered on The Strip with staging at Neon Taco (formerly Beaver’s).

Sanctioned by Offshore Powerboat Association and APBA, Lake Race attracts the fastest and most powerful boats in the world to compete. The 4-mile race course begins at Bagnell Dam with turns two and three at about the 2-mile marker between Lotell Hollow and Jobson Hallow. The no-wake zone extends to about the 3-mile mark and along both sides of the course.

As part of the Lake Race, Bagnell Dam Blvd. will be closed twice during the weekend.

•Saturday, June 5, from 6 a.m.-7 p.m., from near the White House to the Union Electric/Ameren Road – including Bagnell Dam.

One of the highlights of the three-day event is Friday’s Lake Race Street Party from noon to 11 p.m. from Luby’s Plaza to Bagnell Dam. The street will be closed so racers and vendors can display their race boats, transport rigs and other boat-related accessories.

The race organizers have coordinated their plans with the Lake Ozark Police Department and also have contracted with Central Missouri Security for additional security.

Dennis Klautzer, whose media company will be broadcasting the event, said KRMS will be handling both radio and television broadcasts.

“For the first time, a live national broadcast will take place at the Lake of the Ozarks,” Klautzer said.

Fifty television stations representing 40 million viewers nationally will have access to the Lake Race. Klautzer and his staff will be preparing a series of vignettes highlighting Lake Ozark and the Lake of the Ozarks that will be showcased during the broadcast.

“We want to tell a good story about our paradise,” he said.