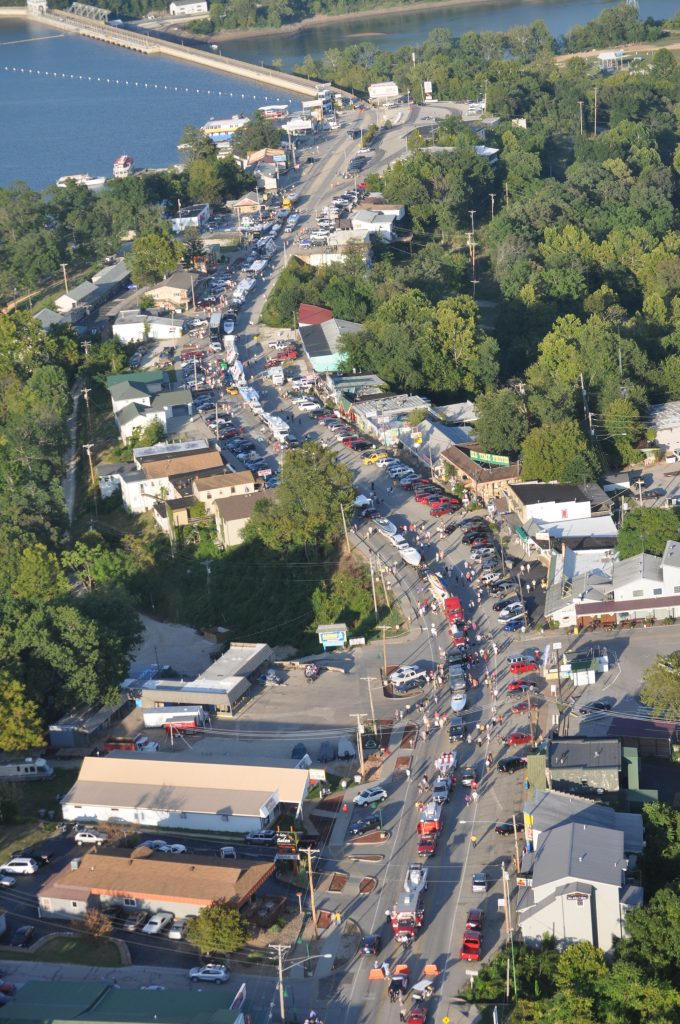 The final significant piece to the Lake Race weekend June 4-5 is now in place.

The Lake Ozark Board of Aldermen approved an Outdoor Consumption Permit so race organizers can host a Lake Race Party from noon to 11 p.m. Friday, June 4, on the Bagnell Dam Strip. The permit allows a section of The Strip to be cordoned off for the consumption of alcohol offered by licensed bars/restaurants. The specific roped off area will be from just below Ballenger Road to Bagnell Dam.

The host location will be Neon Taco, formerly Beaver’s on the Lake.

The rules will be much the as they were before.

•Everyone purchasing alcohol in the event area must be 21.

•All persons purchasing alcohol must wear a wristband.

•The consumption of alcohol outside the event area will be prohibited except within the boundaries of establishments having a liquor license.

•Anyone disrupting the activities may be removed from the event area.

There will be multiple shuttles available to transport people from parking areas below Bagnell Dam and from other public and private areas.

Both powerboat and Formula 1 race boats will be on display during the Street Party for public viewing along with rigs used to transport the boats and a multitude of accessories.

The Offshore Powerboat Association (OPA) Lake Race returns to Lake Ozark this year after a two-year absence. Two years ago the race relocated to the 7-mile mark near Camden on the Lake and Shady Gators when host location Beaver’s closed. The fear of COVID-19 resulted in the cancellation last June, and organizers worked with Lake Ozark officials to bring the popular powerboat race back to its original location this year.

Sanctioned by Offshore Powerboat Association and APBA, Lake Race attracts the fastest and most powerful boats in the world to compete. The 4-mile racecourse begins at Bagnell Dam with turns two and three just past the 2-mile marker between Lotell Hollow and Jobson Hallow. The no-wake zone extends to about the 3-mile mark and along both sides of the course.

Racing will begin about 11 a.m. June 5 shortly after opening ceremonies at 10:45 and will continue to about 5 p.m.

Special feature this year will be the addition of the NGK Spark Plugs Formula One Powerboat race organized by lake-area F-1 legend Tim Seebold. The Seebold family has been racing F-1 boats for many years, starting with Tim’s grandfather.

Building off the momentum of its first two events in Port Neches, Texas, the NGK F1 Series comes to Lake of the Ozarks for the third round of the 2021 season.

F-1 racing will take place between the OPA powerboat races. According to Seebold, the F-1 boats are 17 feet long and are powered by 270-horsepower outboards. There is deck-to-deck competition with boats often bumping each other for position. They’re smaller, quicker boats.

Opening ceremonies will take place at 10:45 on the Summerset Dock Helipad at Neon Taco. Viewing can be from the Neon Taco deck, Lucky’s Bar and Grill and Barstool Mountain.

The National Anthem will be sung by Clayton Anderson, Nashville recording artist (www.youtube.com/watch?v=QkiEWY89Mjo).

Former international boat racer and boat owner Dave Scott, also Chairman Emeritus of Lake Race, is expected to attend as well. Scott is a multi-time offshore racing world champion and world record holder who campaigned several Anheuser-Busch beverage brand back/themed catamarans from 2002 to 2010. He founded Nauti Marine, which is now part of Performance Boat Center in Lake Ozark. Scott is member of the Lake of the Ozarks Shootout Hall of Fame.