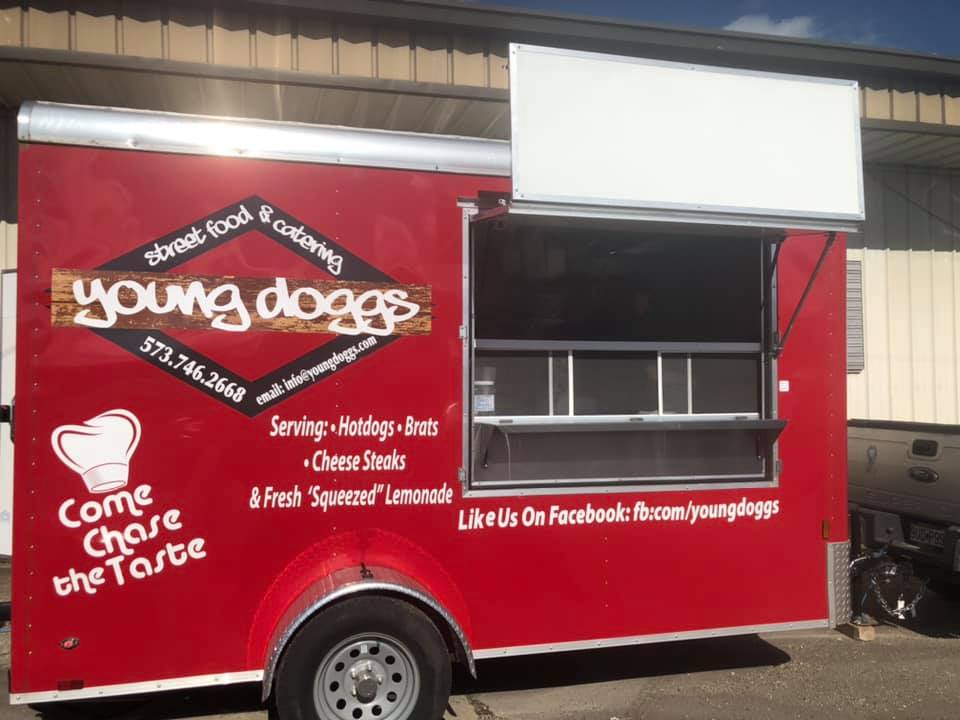 Food trucks are likely coming to the City of Lake Ozark.

The Lake Ozark Board of Aldermen approved first reading of an ordinance June 8 that allows food trucks within the city limits — but not on The Strip. In doing so, the board accepted a recommendation from the Planning & Zoning Commission which passed a proposed ordinance on to the board with some minor changes.

Second reading is expected at the June 22 board meeting.

The ordinance specifically prohibits food trucks in a C-1 district, which encompasses only The Strip. It does allow them, however, in the C-1 district if the truck is part of a special event and with permission of the property owner and special event organizer. The C-1 district is from Bagnell Dam to just past the Lake Ozark Christian Church, again encompassing the businesses on The Strip. Food trucks are not allowed on public property anywhere within the city limits.

Not allowing them on The Strip, as a way to protect established, brick and mortar businesses, was stressed repeatedly during the meeting.

“I don’t think anyone on this board or the P&Z has ever really considered that C-1 is the place for any of those vendors,” Mayor Dennis Newberry said. “I wouldn’t support that or you risk our brick and mortar businesses going away.”

The board spent more than 30 minutes discussing the proposed ordinance, making sure the language protected existing businesses but also supported food trucks and new businesses in Lake Ozark.

Larry Giampa, a business owner on The Strip and former alderman, shared his concern that food trucks would be allowed on The Strip in competition with his and other food-based businesses.

“I pay taxes 365 days a year, not like somebody who comes here 15 days a year,” he said. “Food trucks would hurt us. I hope the board looks closely at this.”

He was assured by the mayor, board members and staff that food trucks would not be allowed on The Strip.

A food truck is defined as a licensed, motorized vehicle that includes a self-contained or attached trailer in which food is prepared, processed or stored and the vehicle is used to sell and dispense food to the general public.

The prospects of food trucks in Lake Ozark emerged earlier this spring when local residents and food truck owners approached city officials to share their interest in having the mobile food vehicles become part of the business climate here. As they noted, Lake Ozark is the only lake-based community that does not allow food trucks. That’s largely because city officials have wanted to protect restaurants on The Strip which are the primary source for sales tax revenue for the city.

However, city staff and the P&Z Commission saw the need for food trucks and developed a draft ordinance after doing some research and meeting with food truck owners. The P&Z met June 2 to consider and refine the draft ordinance before its recommendation to the board of aldermen.

Konni Young, a food truck vendor, told the P&Z Commission that “it’s a wonderful thing to be part of a community that really wants you there, and that’s the case with Osage Beach and Camdenton. We want to be part of Lake Ozark as well.”

Young was among food truck owner/operators who met with city officials to develop the ordinance.

•A food truck cannot operate within 150 feet of the main entrance of a licensed business in a permitted district that sells food or beverages to the public unless the business owner or authorized representative gives written permission.

•A food truck cannot operate within 500 feet of a licensed special event without the permission of the holder of the special event permit.

•A food truck cannot operate on any public land, right-of-way or leased parking space unless it is part of an approved special event and the holder of the special event permit approves.

•A food truck vendor must have a sales tax certificate, property use consent letter, proof of health department compliance, inspection reports, vehicle registration and proof of insurance. A vendor permit would not be issued at city hall until all of the paperwork is provided.

•A food truck owner must provide a sanitation plan that provides for disposal of grease and other liquids and solids.

•Any person engaged in food truck operation must provide for trash and recycling containers for use by their patrons and must keep the area around the food truck clean within 25 feet.

•A food truck would have the same business license as a regular business.