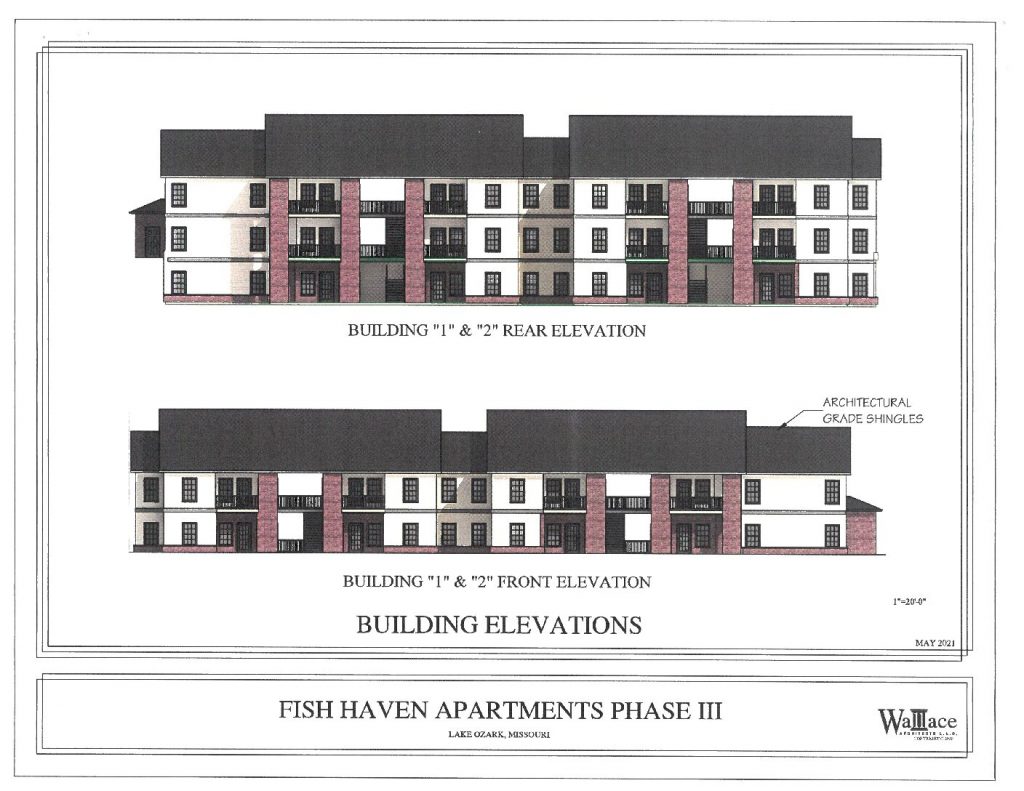 A housing developer with a track record of success in Lake Ozark wants to continue providing working class housing in the community.

The board of aldermen recently gave first-round approval of an ordinance adopting a Planning and Zoning Commission recommendation to rezone 19 parcels of land along Fish Haven Road, Hickory Drive and Forest Hills Road. The rezoning would be from Manufacturing Home Park Residential and R-1 Low Density Residential to R-3 Multi-Family residential. Second reading is expected at the regular Aug. 25 board meeting.

The board also approved first reading of an ordinance rezoning property fronting Rt. 242 from R-1 Low-Density Residential to C-2 General Commercial at the request of Briscoe Ozarks Development Group. Ryan Fuller, representing McClure Engineering, said the development group does not have a specific client interested in the Rt. 242 property but wants to market the area as General Commercial to potential clients.

After final board approval, the next hurdle for the developer will be obtaining tax credits from the Missouri Housing Development Commission which would help buy down the cost of the project.

Deadline for applying for the tax credits is September with notification expected in December.

Pete Ramsel, representing Briscoe, said that equity raised by selling the tax credits to investors is used to help buy down the cost of the project. Private equity will fund between 85 and 90 percent of the project with the balance borrowed. That helps keep the overall cost down, making the units more affordable to the public, he explained.

“They are very, very affordable,” Ramsel said. “If people make too much money they can’t live there. There is no rental assistance. The difference between low-income housing and affordable housing is that these people live in the community, work in the community and pay rent.”

“The first two phases have been great,” Ramsel said.

He also praised Briscoe Development Group and McClure Engineering, the engineer firm for all three phases, for their partnership in the projects.

Ramsel also noted that a million-dollar Community Development Block Grant from the Missouri Department of Economic Development approved several years ago to build a regional lift station was another key factor in creation of the Fish Haven complex.