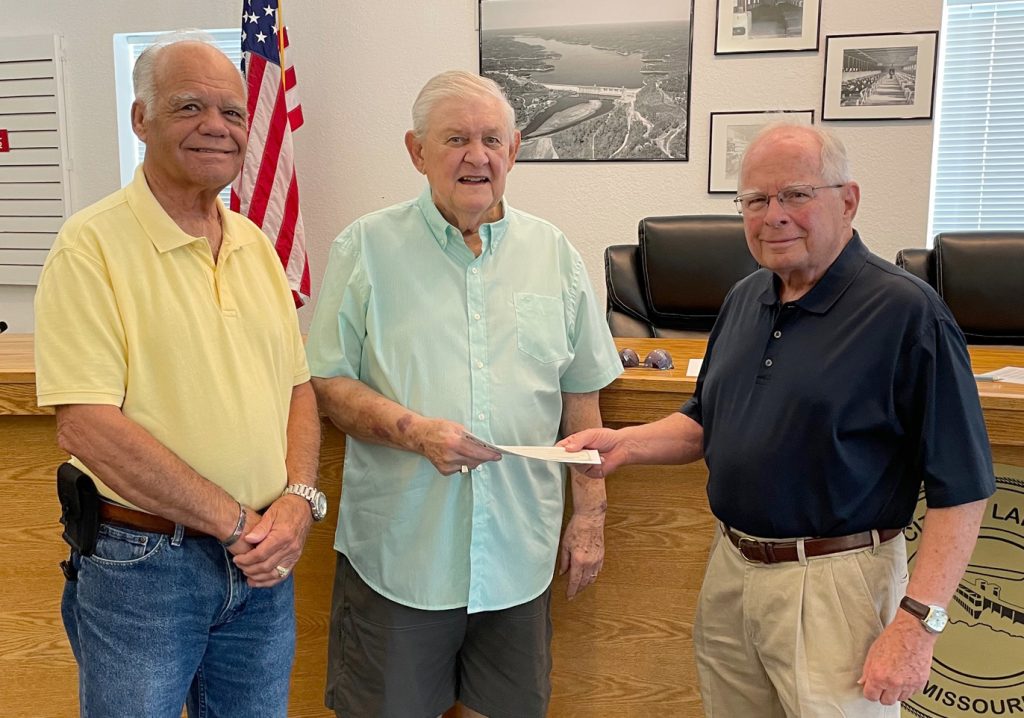 It’s been a long time coming.

Those were the words of Lake Ozark City Administrator Dave Van Dee who announced to the board of aldermen recently that the City Hall building at 3162 Bagnell Dam Blvd. will be paid off this month.

Former Mayor Johnnie Franzeskos and former Alderman Joe Barfield were instrumental in developing a lease-purchase agreement in 2009 with building owner Larry Shields. While it took a few years longer to make the final payment due to budget challenges, the final payment of $60,545.28 was handed to Shields Thursday afternoon.

The former city hall was located at 2624 Bagnell Dam Blvd. behind a car wash and was deemed inadequate as the city’s staff and public needs began to grow in the mid-2000s. The Lake Ozark Police Department was housed in an even smaller building a half block off The Strip. City officials decided to combine the City Hall and LOPD into one building to better serve the public.

The move into the current building was made in September 2009.

Van Dee, who joined the city later that year and who has helped guide the lease-purchase agreement through tough budget times, said the city will reallocate the payments for building maintenance and possible upgrade.

From left are former Mayor Johnnie Franzeskos, former Alderman Joe Barfield and Larry Shields, who received the final payment on the City Hall.