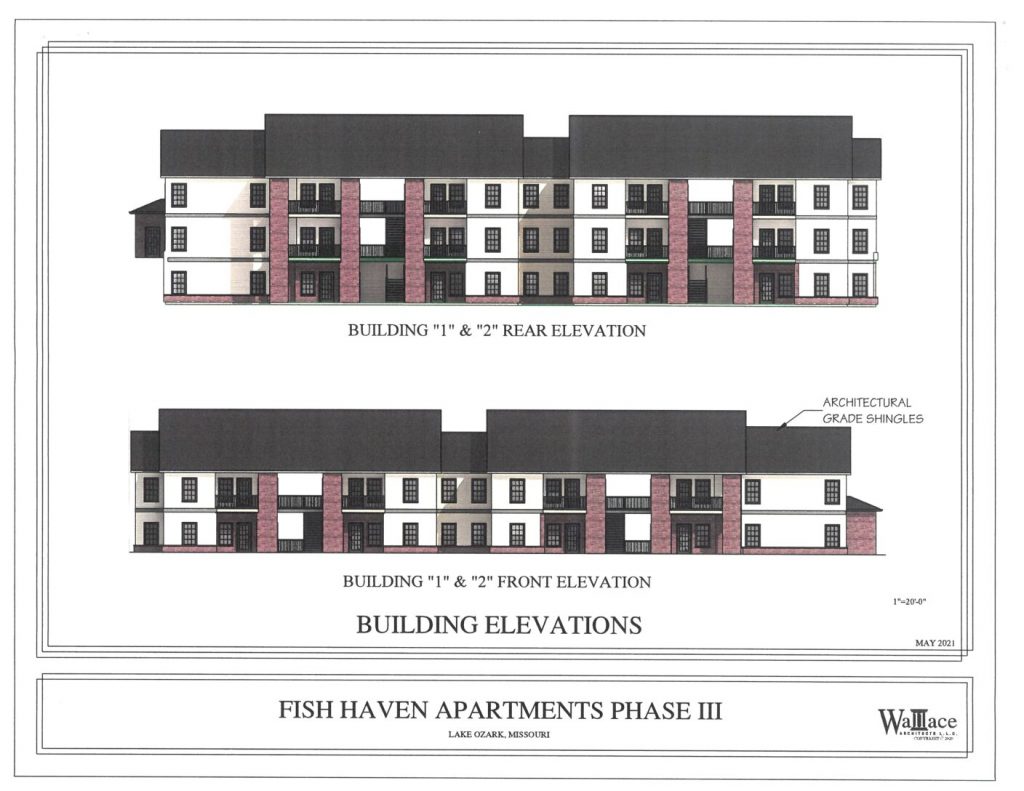 The prospects for the next phase of an affordable housing complex in Lake Ozark got a huge boost when the board of aldermen recently approved a resolution of support.

The board also approved final reading of ordinances rezoning the area in question and a final plat for the subdivision at its Aug. 24 meeting.

What stands in the way now is the Missouri Housing Development Commission which is being asked to issue housing credits that would help subsidize the Phase 3 project. If those are approved, the project will go to the design phase and then will go out for bid – hopefully early next year.

Pete Ramsel, representing Briscoe, has said that equity raised by selling the tax credits to investors is used to help buy down the cost of the project. Private equity will fund between 85 and 90 percent of the project with the balance borrowed. That helps keep the overall cost down, making the units more affordable to the public, he explained.

He also praised Briscoe Development Group and McClure Engineering, the engineer firm for all three phases, for their partnership in the projects.

The resolution notes that Lake Ozark and its residents benefit from the availability of quality, affordable housing. But the city currently lacks that type of housing availability due to the economic growth of Lake Ozark and the growing population that has been attracted to the area.

Lake Ozark has been presented with a site plan and development plans for development of family housing units to be constructed to the north of the existing Fish Haven Apartments.

City of Lake Ozark officials are aware that the developer is submitting an application to the MHDC for approval of its project as workforce housing, and the city supports the developer’s effortsw to bring such needed affordable housing to the community.