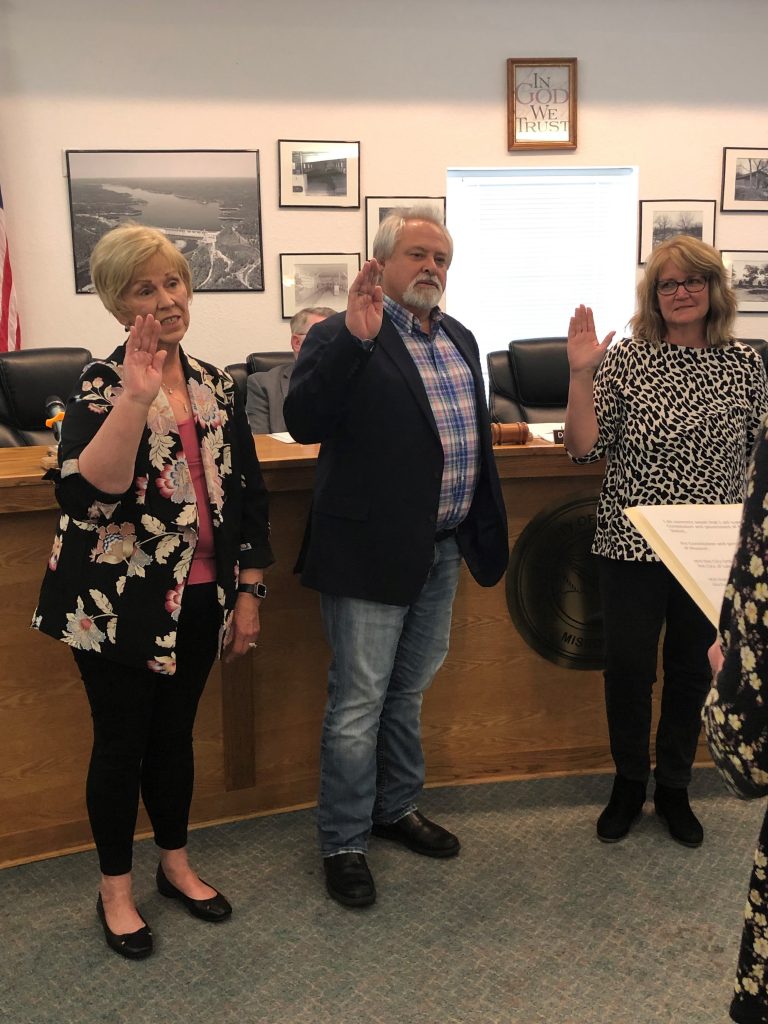 At last night’s Board of Aldermen, recently elected Aldermen Pat Thompson (Ward 1), David Ridgely (Ward 3), and Sherry Jackson (Ward 2) took the Oath of Office for the City of Lake Ozark.
These Aldermen began service to the city immediately, voting on business pertaining to building height restrictions and authorizing the purchase of body cameras for the Lake Ozark Police Department.
Krista Watts (Ward 2), who was also elected on April 5th, will be sworn in at a later date.